There's no better excuse to consume an entire bag of mesquite BBQ beef jerky than on a 6 hour drive to Chicago. But what about vegetarian and vegan travelers? Have no fear, Primal Strips Vegan Jerky is here! I once joked that veggie jerky would be no more than a fruit roll-up, but I discovered that I was wrong! Primal Strips brand meatless jerky is incredible! And completely edible.

I purchased two flavors: Hot & Spicy, and TEXAS BBQ. What I did not know is that one is made of Soy protein and the other is made of shiitake mushrooms. The Hot & Spicy is the shiitake mushroom jerky was indeed a bit spicy with a touch of anise seed. The smokey taste was pleasant and not overwhelming. The mushrooms were ground and packed into what looks like a fruit strip or a dog treat, but that is to be expected from meatless alternatives. The meaty texture resembles jerky and was a little dryer than the BBQ flavor.

The TEXAS BBQ flavored jerky, made of soy protein threw me for a flip and I had to double check that what I was eating was, in fact, meatless. The texture was what got me. I was not expecting a chewy, stringy, meaty and moist jerky to exist for vegetarians. The BBQ sauce made the jerky moist and a little sticky mess but overall an incredibly enjoyable experience! I definitely recommend Primal Strips Meatless Vegan Jerky.

Dissclaimer: I was not paid by Primal Brand to make this review. This review was constructed in my own opinion. As a vegetarian going on two years straight, I can honestly say this is a great meatless product.
Labels: diner dykes meatless jerky primal strips vegan jerky vegetarian jerky 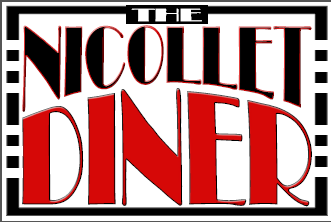 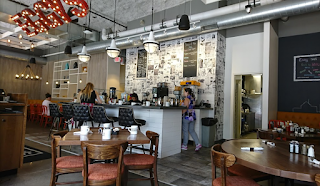